Morgan Lamb (portrayed by Lydia Leonard) is a recurring minor character who is seen in the third series of Whitechapel, where she appears in episodes Five & six. She is a young British woman who works as a psychiatrist, presumably based in London.

Morgan is seen as a kind, professional women with an intuitive personality who uses her psychiatrist skills to help the people she meets. Even whilst she is under police protection she still cares enough to try and council Edward about his guilt and Joe and Miles about their professional relationship.

Her appearance is that of a attractive women in her late twenties or early thirties with long Brown hair and of average height. She works as a psychiatrist and so dresses in a professional office attire, which she ends up wearing for the majority of her appearance in the episode as she gets attacked on her way home. This outfit consists of a Brown Jumper, dark coloured trousers and a pair of Black Stiletto boots. she is attacked a second time whilst she is showering at home and is brought into the police station where she wears a Police evidence suit for the rest of the episode.

We first meet her in her office when she is mid therapy session with Edward 'Ed' Buchan's but it is unknown if this is a regular meeting or the first visit. Ed explains his job with the Police and explains that he feels responsible for the death of two women on a previous case which he feels he could have prevented. Morgan mentions that her other clients include doctors who feel the same as Ed and that she'll tells thing as she told them: he's going to experience death in his line of work but its not his fault. However she goes onto to say that if Ed feels like this he need to decide where he wants to remain in his job.

We next see her as she's walking to her car across a dark car park late at night when she is attacked by a man who is thought to be Calvin Mantus, who puts something across her throat and starts to strangle her as she falls to the ground. She manages to survive the attack, a strangling, by stopping struggling and pretending to be dead. She is questioned by the team.

Later, it is realized by DI Chandler that the killer may go for her again when it is discovered that the newspaper reports the second victim is still alive. He attacks her in her home as she is taking a shower. She hears the killer approach and manages to escape after stabbing him in the leg. She is held in protective custody and during this time soothes some of the rifts building within the team. She explains to Miles that it is good to care for Chandler, but not to stifle him. She gives Chandler an elastic band to put around his wrist and to snap it against his skin when he gets the urge to react impulsively, forcing him to think first before reacting, something he continues to do into season 4. She helps Buchan work through his crisis of conscience by helping him realize that though death is tragic, he cannot be responsible for every death that happens.

Kent starts to suspect her because he believes that she is hiding a known connection to their suspect, Calvin Mantus. However, it is later discovered that the killer is Luke Whatney, the son of one of her patients who died of a heart attack brought on by alcoholism. His wife and son held her responsible because she did not believe the people he made minor complaints about as a caretaker were the reason for his heart attack, but his alcoholism, which he struggled with often.

Luke gets caught trying to kill the next victim and leaps off the roof of the building. He manages to get away but is found moments later in the flat he shares with his mother and dies in her arms as she sobs. The last thing he says before he dies is that he wished he had succeeded in killing Morgan.

As he tells her she is being released he awkwardly asks her out on a date. They share a kiss. After that in the main squad room he tells Kent he owes her an apology. Kent goes to her secret room and apologizes but unwittingly lets Cindy Whatney, Luke's mother, see that this is where she has been held. She goes in and Morgan hugs her, telling her how sorry she is about Luke. A few moments later a stricken Chandler finds out Morgan has been stabbed to death by Cindy Whatney in a final act of revenge for her son and husband.

Morgan and Joe Chandler meet shortly after Morgan survives the attack on her life and there is a mutual attraction between them both for the duration of both episodes. After being questioned by the Police she is offered a life home by a junior Police officer but instead requests that Joe drives her home. Joe is reluctant but Miles agrees for him and the two go to her flat where they talk and get to know each other. 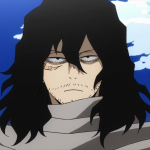 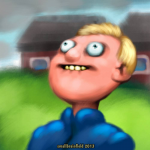